The natural art of Lanzarote thanks to César Manrique

The island of Lanzarote can appear to be one giant work of art.
César Manrique left an inescapable impression on this wild land.

He was born in Arrecife in 1919 and was the island’s number one fan. In return,
the inhabitants adore him to this day. After a spell of study in the US, he returned to
Lanzarote in the 1960s and having witnessed tourist resorts in other parts of Spain
instantly began to worry about Lazaroteño architecture following a similar pattern. 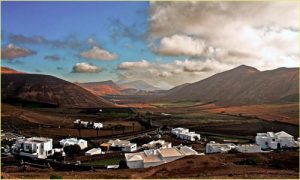 Working with the local government, he made a lasting impact on the man-made aesthetics
of the island.
The trademark uniform whitewashed houses with green or blue woodwork is Manrique’s influence again.

César Manrique was an esteemed artist as well as an architect, working with local authorities on
construction regulation was just one element of his grand plan for Lanzarote.
He was famed for once proclaiming: “for me, it was the most beautiful place on earth and I realised
that if people could see it through my eyes, they will think the same”.

He created an outstanding collection of sculptures and architectural projects that not only
avoided marring the landscape but utilised it, merged with it and became part
of the island’s charm and top attractions. 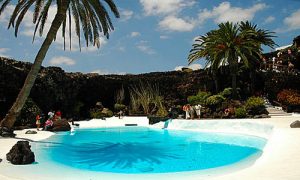 Manage Cookie Consent
We use cookies to optimise our website and our service for you.
Manage options Manage services Manage vendors Read more about these purposes
View preferences
{title} {title} {title}